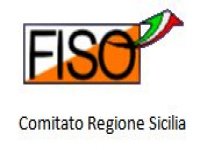 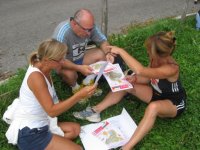 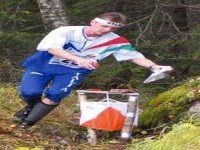 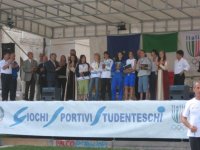 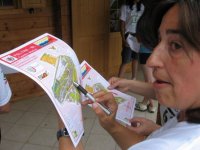 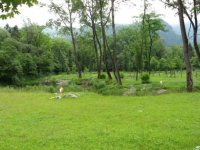 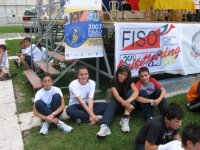 Italian Federation of Sports Orientation Delegation of Sicily is the official body that deals with regional and national orienteering competitions in Sicily. We strongly believe in our slogan: Orienteering is beautiful, it makes your legs and brain move!

First of all, we will explain how it works: those who take part in an orientation test, use a topographic map made specifically for this sport, with conventional signs unified all over the world. You compete individually or as a team, passing through the various control points located on the territory. Once you have reached the control point, you will have to record the passage on your race witness. Whoever takes the shortest time wins; in this sport it is not always the fastest who wins, but the one who is able to orient himself more quickly and to make the best route choices.

Of course, Orienteering can be practiced every day, each with their own goal: the sportsman to train, the family and the enthusiast to have fun and spend a pleasant day with friends and outdoors. Obviously, it can be practiced as a competitive sport or simply as an amateur excursionist, alone or in company, for the sole purpose of being outdoors and surrounded by nature. For these reasons, there are numerous categories in the races divided by gender, age and degree of difficulty.

The best thing is that orienteering unites entire families who realize through this sport an excellent physical activity to be practiced always running or as a relaxing walk in the open-air gyms that nature offers us.

This sport can be achieved by practicing four different specialties:

Furthermore, this discipline is also mental gymnastics: the main action of the orientist is the "reading of the card" while running and it is a work of recognition-creation of the territory in the imagination, a writing in which the best athletes stand out grasping the nuances with intuition, sensitivity and speed of realization. Entering into cartographed forests, facing a path marked on the map with gradual difficulties, encountering forgotten flora and fauna during a competition, are easy and sufficient values and motivations for understanding the spirit of the orienteering race. It is no coincidence that the orienteering activity acquires a didactic value that is linked to a way of doing school based on the discovery and enhancement of man in relation to the environment. The sports facility is the environment as it is found, be it the plains, mountains, cities and the topographic maps faithfully represent the territory, in which those whoparticipates moves, they are called "green gyms". The individual is forced to make a continuous active choice that sees him as the protagonist. In its essence, therefore, orienteering is a research project on the issues of environmental conservation: in fact, to preserve it is necessary to know, attribute value, assign interest.

Italian Federation of Sports Orientation Delegation of Sicily is at your disposal for information and details.Contact us!

Be the first to comment! Did you find this helpful? Yes