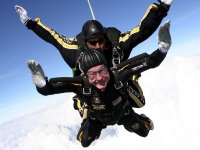 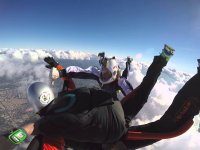 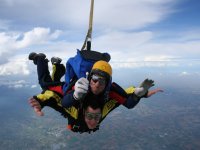 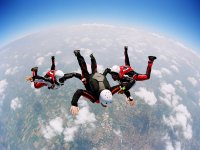 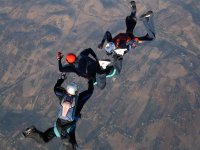 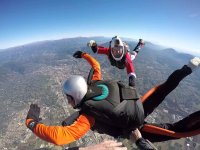 Human Flight deals with parachuting in all its aspects, from the first tandem launches for newcomers, to the most advanced courses responding to the various specialties of sports parachuting and professional field.

The most requested course is certainly the innovative American method Accelerated Free Fall (AFF), initially conceived for military training and then spread throughout the world for its great effectiveness and speed of learning that allows the student.

It is a modern and safe training course that can be enclosed in two weekends, thanks to intensive theoretical lessons, for a total of 9 hours, integrated with multimedia aids and followed by seven jumps carried out immediately in free fall from the height of 4,500 meters. The progression takes place at interdependent levels and brings the student to independence in flight.

The last level is the total achievement of this goal, so the student finally jumps in total autonomy (while he was accompanied by two instructors for the first 3 jumps and one by the following 4) and opening the parachute once it reaches the planned altitude and landing in a landing site free of obstacles.

It is a course more assisted than the traditional "bound", in which the student uses an automatic opening parachute but finds himself immediately without assistance from the instructors. The traditional and already mentioned Course with parachute with a fixed wing or launch with a tether rope pursues the same objective in formations but with the different methods already mentioned in the practical phase.

The launch quota is lower, set at 1,500 meters and free fall time is reduced to a few seconds, thanks to the automatic opening parachute when the cables are under tension. The trainee is followed by land-based radio and can, thanks to the instructions of the staff, practice the conduct of the sail and the landing, until reaching a adequate safety in flight that allows the passage to the launch in free fall.

Performing exercises in flight allows the instructors to evaluate the preparation of the trainee at each stage of the course.

For those who wish, after these preliminary steps, to continue their journey, it will be possible to access an innovative program which, using a personalized calendar for each student, will allow them to work alongside the instructor in the various steps of growth up to the incorporation of the same in a team and specialize for example in the video shooting techniques fallingfree.

Basic courses can also be run in the Tunnel simulator with progression times and costs that are decidedly lower than the above air activitieslisted.

Be the first to comment! Did you find this helpful? Yes

Request Information FREE
How to get there?

From Milan:
Take the A4 motorway and follow it for about 56 km. to the junction
with the A26 motorway (dir. Alessandria) which you will need to travel for another 41 km.
Map

From Turin:
Take the A4 motorway and follow it for about 47 km. to the junction with
the A26 motorway (dir. Alessandria) which you will have to drive for another 46km until reaching the Casale Monferrato Sud exit

From Genoa:
Take the A7 motorway to the A26 junction for Alessandria and walk for 88 km to the Casale Monferrato Sud exit

After the tollbooth, follow for Asti / Alessandria. At the roundabout you will find the entrance to the Casale Monferrato airport. 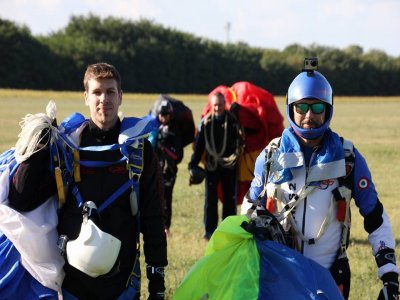 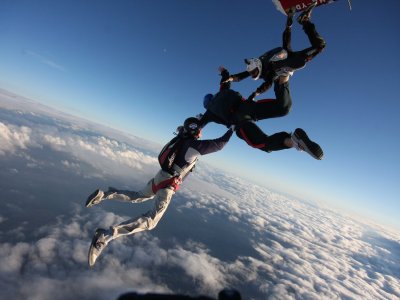 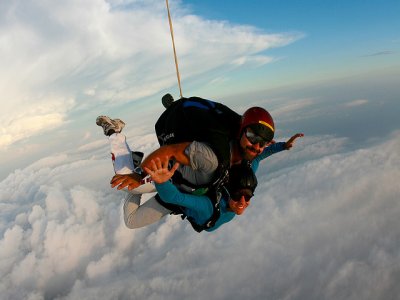 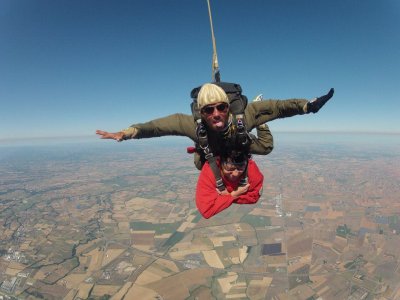