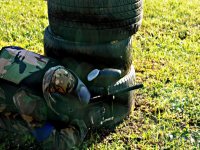 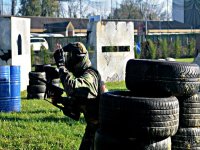 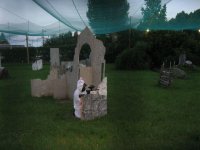 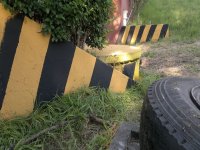 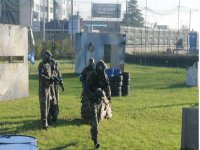 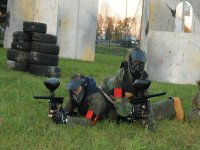 Offers of Paintball near Peschiera Borromeo

Paintrow , in the province of Milan (more specifically, in Peschiera Borromeo), offers the opportunity to spend a special day playing paintball , a sport still relatively little known but which it can convey many emotions and give a lot of fun.

There are three packages available to the customer: Alfa , for those who want to rent the pitch for an hour and have 200 shots available; Bravo , if you want to have the field available for two hours with 500 shots; and finally Charlie , with 3 hours and 800 shots.

The game modes available are many. The classic Ruba Bandiera , in which the goal is to take the flag from the opponent's field and bring it to one's own; the Centerflag , a variant of the Ruba Bandiera in which the flag is placed in the center of the field; Dead Match (you have to completely eliminate the opponents); and finally the Highlander mode, in which the winning team splits into two more teams that face off, the one that wins in two other teams and so on until there is only one player left.

To play with us, minors must have permission signed by their parents. If it's your birthday, you'll get 100 extra shots for free from Paintrow!

The field is an open-air scenario with many obstacles, which make your game more exciting and which make it all very real.