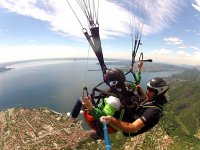 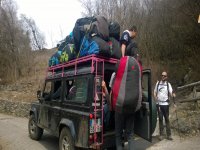 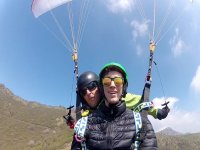 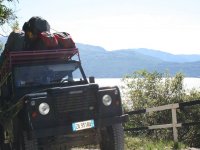 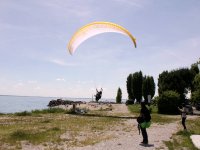 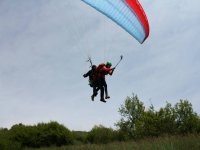 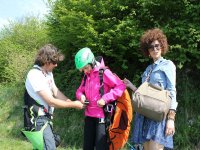 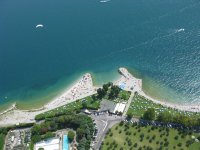 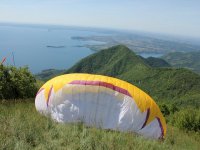 Garda Paragliding is an amateur sports association dedicated to one of the safest and most controlled air sports, paragliding .

Sport derived from parachuting that began to spread in 1965 to be perfected in 1985, when the first paraglider dedicated exclusively to flying and not to gliding was born.

The equipment used in this sport consists of a wing, commonly called a wing, to which a saddle is connected for the pilot who controls the aerodynamic brakes using the controls. All the sails are equipped with a device used to accelerate controlled by the feet which, by acting on the wing, allow you to vary the speed.

Obviously it is always recommended as well as mandatory to use safety systems such as the helmet approved for the VDS, the use of shoes able to protect the instep, the use of the harness equipped with adequate protections, to have an emergency parachute as well as the use of the radio for any reports or emergencies.

Our center organizes tandem jumps, with a specialized and qualified instructor in paragliding who has been practicing this beautiful sport since 1998.

We play our beloved sport in different areas such as Lake Garda , Brescia and Bergamo , but we also carry out jumps in locations requested by our customers .

Come to our center to experience sensations you have never experienced before, you will realize that it will be as simple as cycling! 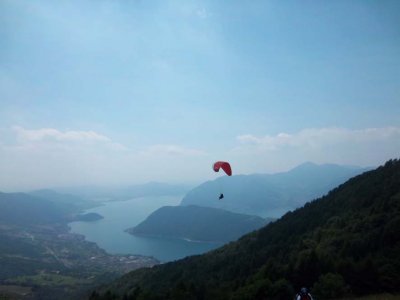 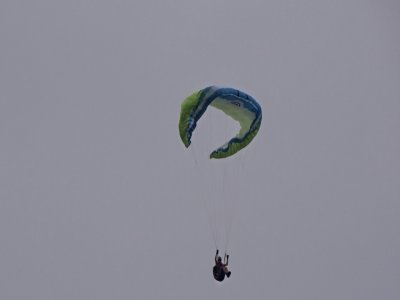 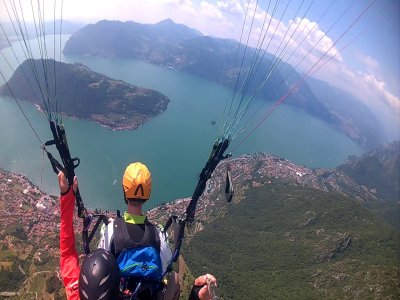